Manufactured items (Axles & Units) are currently 6 - 7 weeks lead time. All other items should be available

When refitting a trailers' road wheels it is ESSENTIAL that the wheel nuts/bolts are tightened to the recommended torque figure and in the correct sequence. To neglect this is too run the risk of either the nuts/bolts working loose and the wheel coming off (not tight enough), or damage to and possible shearing of the nut/bolt (over tightened).

The sequences necessary to correctly carry out this work are as follows:-

It is ESSENTIAL that the torque settings are re-checked after the first 25 miles or 50 km and subsequently before each journey.

There are many different types of wheels fitted to trailers, many of them specifically for trailer use. The practice of using car wheels, rather like that of using car brakes, has largely died out.

Wheels, like tyres, have a maximum weight capacity determined by the manufacturer.

Where a wheel/tyre unit maximum weight capacity is declared, if either of the two parts has a different loading capacity, the declared figure will be the lower of the two. Reference should always be made to the supplier if there is any doubt.

The technical terms around a wheel are frequently misused and "rim" and "wheel" are often misused. The main factors to bear in mind, particularly when ordering replacements are as follows:

Rim: The rim serves as the seat for the tyre.

Wheel Disc: The wheel disc connects the rim with the hub.

Wheel: The wheel is the entire assembly, consisting of the rim and disc.

Rim width: The width inside the wheel flanges and is normally expressed in inches e.g. 4.50.

Rim diameter: The diameter of the wheel just inside the rim, where the inner edge of the tyre bead sits and normally expressed in inches e.g. 13"

Centre disc: There are also centre disc wheels that have neither positive nor negative offset; i.e. The vertical centre line is in exactly the same plane as the seating point.

Centre bore: The hole in the centre of the wheel disc, designed to accommodate the bearing boss and grease or dust cap. Size expressed in millimetres.

Stud or bolt holes: The holes by which either the studs or bolts fasten the wheel to the hub. Normally 4 or 5 in number, the size is determined by the size of the stud or bolt, either metric or imperial. The usual way of expressing the configuration incorporates both these factors, e.g.

Pitch circle diameter (P.C.D.): The diameter of the circle around which the studs are arranged. Measurement given in metric or imperial e.g. 100mm, 112mm, 5.5", 4". The measurement of a 4 stud fixing is simply the distance between the centres of two opposite stud holes.

Two piece wheels: Although rarely used as original equipment in today's light trailer market, a number of older trailers may be fitted with two piece wheels, particularly those using 600 x 9 tyres. It is vitally important that the nuts holding the two sections together are NOT loosened whilst the tyre is still inflated.

A table covering popular trailer sizes is given below.

The LOAD INDEX is a numerical code associated with the maximum load a tyre can carry at the speed indicated by its Speed Symbol under service conditions specified by E.T.R.O 1991, passenger car tyres section 13, reproduced below.

Car, caravan and trailer tyres must have at least 1.6mm of tread over the central 75% of their width for their entire circumference, although a tyre with under 3mm offers little grip in the wet. Tyres must be free from deep cuts and bulges (which indicate they are breaking up) and it is illegal to use cross-ply and radial tyres on the same axle. (Make sure that the tyres you fit to your trailer are of the correct rating.)

The illustration below provides an explanation of the markings currently found on a tyre sidewall. 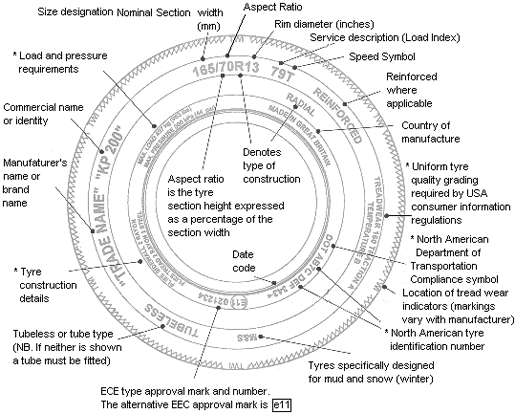 Retreads - must also show either 'RETREAD' or 'REMOULD' on the sidewall, together with 'BSAU 144' in place of ECE Type Approval Mark.

Aspect ratio - ratio between the height of the sidewall and the width of the tread, expressed as a percentage. In the example above, the figure is 70%.

Nominal section width - on radial tyres this is expressed in millimetres, on cross ply tyres, inches are used.

Free Shipping on orders over £79 in most of mainland UK! *

At Banbury Trailers we offer quality products at great prices.

We offer free shipping* on orders over £79 to most parts of mainland UK. We also offer the cheap rates on shipping to the Scottish Highlands, UK Islands, Northern Ireland, Ireland and the rest of the world!

To find out how much your shipping will cost, use our handy shipping cost calculator below. All you need to know is which zone you live in, and how much your order is 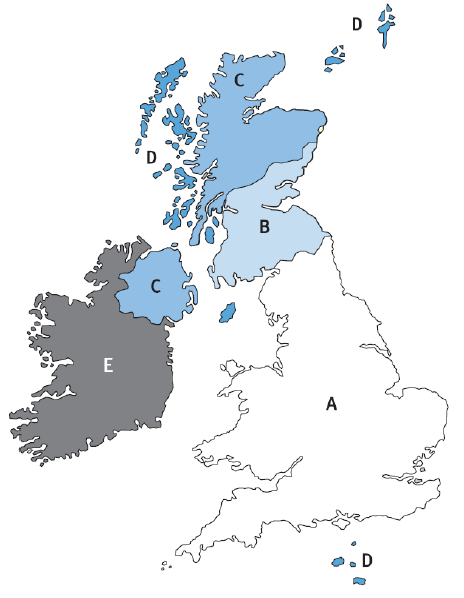 * 1 Heavy and bulky items may incur a surcharge

(e.g. suspension and solid beam axles can not be sent via standard courier therefore the shipping will depend upon the size and weight. Also some of the suspension units will have an added shipping cost.

Some smaller UK orders are sent 1st Class Royal Mail, which can take up to 21 days. For all other orders we use carriers that provide online tracking, and you will need to sign on delivery.

Can't wait for your order to ship? Select the "collection" option when you're checking out.

Shipping: Rest of the World.

Banbury Trailers is happy to ship many of our products anywhere in the world, and we'll let you know the delivery costs before we ship your order. We have managed to secure great rates for our international customers! 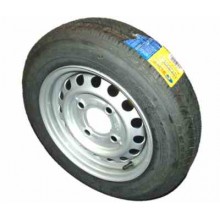